(Mr. Leousis, greets some students in the hallway on his way to class, an excited student who notices him, approaches.)
"Sir, who are you replacing today"? (Mr. Leousis smiles and raises a file folder upon which is written the name of the teacher he has come to replace this day. The student then, punches the air, calling "Yyyyes!" in total delight. Mr. Leousis now enters the gymnasium and calls out to students. )
Everyone, please come to room 202; do not change into your gym clothes. 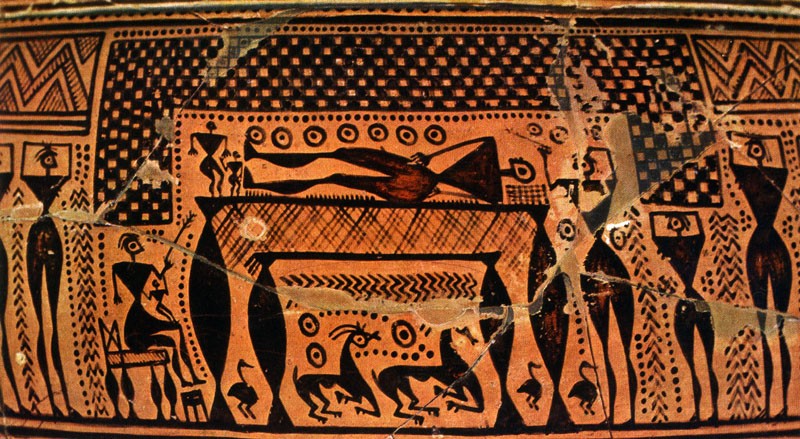 According to Habek, one such high priest or bearer of "The Light," was Moses: In fact, it is clearly written in the Bible, that God, who is the source of "The Light," instructed Mosses to "Make a fiery serpent." "Venez y penser maintenant" (Come to think about it now), "Venez y penser maintenant.", he repeated himself. "Did you say that you received "The Light," in the firing range, on the mountainside, in Greece," he queried. "Hmmm, it can't be a coincidence." M. Joseph explained as if a light bulb had been lit in his brain. He reached for a copy of his Bible that he kept on a small night table by his bed and read aloud "The burning bush.", And how Moses had received such, "The Light" from God! It was all there, in black and white!  Vous êtes vraiment bénis mon fils, d'avoir reçu un tel cadeau." (You are truly blessed my son, to have been given such a gift.), M. Joseph remarked. "But you must be extremely careful, "Mon Dieu" (my God)," he cautioned. "You must not tell anyone about this!" I had not spoken of this to anyone, except Lucy, I said, and she had dismissed it. As for my parents, they only thought it was my temperature, "The Pireto," that was the oddity: Both my parents and the doctors at the Royal Victoria Hospital had warned me of grave consequences if I mentioned this to anyone. I had not even told anyone, except Lucy, about my visits to the Elysium Fields: "Ce qui est bon." (That is good.), M Joseph remarked.
M. Joseph was now my mentor! We talked, talked, and experimented too! One of the theories M. Joseph had was that if the ancients could transfer such energy to other living things, like serpents to cause them to glow; perhaps, I could transpose my energy as well. I will now, stop, here about the results of what we found. (Mr. Leousis remarks to the class.) I am drifting to another subject altogether, and I must try to finish the story about "The Horse." I promise you, I will deal with this subject, in my next episode, called, "The Photographer."
I spent a glorious summer and fall that year, being with and sharing with, my mentor, M. Joseph and my beloved horse, Esprit; but soon, like my dear Lucy, it was time for the darkness of winter, and for all that, I loved to return to Hades and the underworld.
One day, in late November, I was walking home from school, just at the corner of Mount-Royal and Park Ave, when I could hear a tremendous chaotic call of noise. Car horns blowing, cars squelching and pandemonium having set in. As I looked over the hill, overlooking Sir George Etienne Cartier Monument, I could see a horse running down the hill towards me. I prayed to God that it was not real, and it was not Esprit;  it was! As the helpless animal rushed through the traffic, in panic, he ran into multiple vehicles, slipping on the asphalt roads, crying out! I was devastated witnessing this horror! As he reached the intersection of Mount Royal and Park Ave., he slid into an unsuspecting car that was coming down the hill of the mountain. The impact broke Esprit's front left leg, and he pounced onto the ground! I ran and ran, calling out, “No, no, Esprit, No!".
As my beautiful Esprit, lay on the ground frothing at the mouth, all covered in sweat, I rushed over and jumped to the ground, holding and kissing his head. (Mr. Leousis' voice now drops to a low soft tone, as he gazes to the floor, he pauses for a moment, and asks the class for forgiveness). Sorry about that, he calls out; this is not easy for me. He musters his energy and takes a deep breath.) 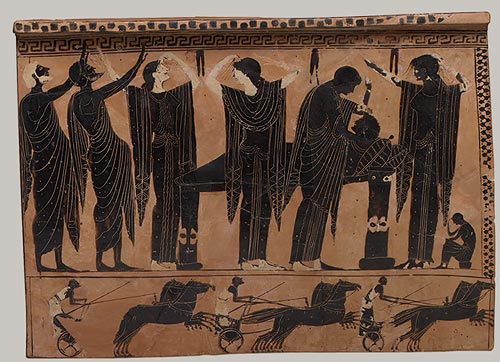 As soon as he felt me, he quieted down, "Calmer, mon précieux, calmer mon, Esprit," I whispered in his ear. Then, the shock of my life! As I looked down to his knee, I could see the break in his leg, a sharp broken bone sticking out like a needle, the blood running through! I gasped for air, crying, "No, no, no…" A man reached down over me and rubbed my shoulders, saying, "It's alright son, it's alright." When I looked up, it was a man in blue, a police officer. As people gathered around, another few officers arrived. One approached me and asked if I knew the driver of the horse? I then realized that I had not considered where M. Joseph was. I said, "Yes, M. Joseph. He has his stable over at de Bullion." The officer then asked the two other officers to hold the horse down while he took me away to speak to me: I would not leave my place! The officer insisted and started to pull me away.
As soon as I was only a meter away, Esprit got up suddenly, the crowd rushing back, in panic. He proceeded down the street, limping along in the most horrendous agony. When he reached the next block, near Esplanade Ave., a daring young man jumped and grabbed Esprit from his manes and wrestled him to the grown. In horrific tears, I called out to the police officer, "Please, please, officer, let me go to Esprit!", he relented.
When I got to where Esprit had once again fallen, the young man holding Esprit down from his head, cautioned me, "Jeune garçon tenir à l'écart, il est dangereux. Il est fait très mal!" (Young man, keep away. He is dangerous; he is fataly hurt!") Soon after, the police officer who had held me had caught up with us. While the other two officers assisted the young man in keeping Esprit down, this officer, advised the young man that I knew the horse, and I could calm him down. As I rested over my Esprit, weeping, and listening to his gasp for air, I could hear the adult discussions. Another officer who just arrived advised the senior officer, who had attended to me, "La SPCA, sera là dans cinq minutes." (The SPCA, will be here in five minutes.) As we waited, what seemed to be a "lifetime," I heard another man in the crowd call out, "He is finished, poor animal." When another called out, "On achève bien les chevaux n'est-ce pas?"
(They Shoot Horses, Don't They?)
(Mr. Leousis, once again, pauses, lowers his head, visibly shaken.)
"I am sorry, class, I cannot continue." Soon after, the bell goes, and the class is dismissed. Several students now surrounding, Mr. Leousis, ushering empathetic comments and thanking him for the story. 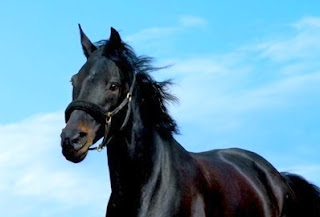