EPISODE XX - DECEPTION DETECTION AND THE PREDICTION OF THE ORACLE.

EPISODE XX - DECEPTION DETECTION and the Prediction of The Oracle.
Following my last episode, many of the graduates have written to me how difficult it is for them to decide what to do, what profession to choose, and follow, which way to head. They are fearful now that things are not laid out for them as in the past; choices and the weight placed on each decision they make, burdens them immensely. Things are not as simple as they were when growing up when others decided for them: All they needed to do, was either accept what they were told to do or simply complain and protest. Many are fearful that they might spend the next 2,3,4 and more years, studying and working towards a field of study, which in the end, they might discover is not for them. A story perhaps might help you alleviate this concern:
Some days ago, I was invited to a friend's home to discuss concerns he had regarding his young son: Nad has a fifteen-year-old son, named Nedarb. Like many fathers of teen sons, he complained that his son was not focused on his studies, that in fact, he was failing at least in one subject in high school and that he was wasting much of his time playing video games, and just "hanging out." I tried to assure Nad, that these are typical signs of a young man's natural "rebellious behavior," during teen development. I directed him to read my story in the episode, the "The Age of Rage and the Butterfly."
Nad is an engineer by trade: He deals with extremely high voltage transformers. Being very skilled at what he does, he is very much in demand and often called out of province to help with the installation and maintenance of such highly sophisticated electrical equipment. That early morning, at about four in the morning, he was to catch a plane to Newfoundland to work on a project in the hydroelectric dam in Labrador. He had asked me earlier if I would not mind watching over Nedarb for a day. His older daughter would arrive, a day later to look after her younger brother, while Nad was away for the next several days.
As Nedarb and I sat around the living room, having small intermittent chats. While he played his video games or we watched a movie on T.V., I would intuitively probe the young mind about what he thought about this and the other, without leading him on that, in fact, I was addressing his father's earlier concerns. At one point, and I cannot remember exactly how we got into this subject area, young Nedarb pointed out to me, that he was pretty good at telling if people were lying or telling the truth. He challenged me to try to trick him. Having been told that I was an excellent poker-faced player, I accepted his challenge.
He asked me to make three statements about anything I wanted, two of which would be true and one that would be false. I was sure of myself that I would trick him on the first try. Not making much thought of what needed to be done, I just rattled off the opening three statements that came to mind, confident that young Nedarb had a 66% probability of getting it wrong. On his first try, he identified my false statement! Beginners luck, I surmised, as I now became more focused on the challenge. Try after attempt, no matter how complex and subtle my false statements were crafted, young Nedarb was able to find me out 100% of the time, without the slightest uncertainty of his call. He was amazing!
Having studied paranormal behavior at the University, I became intrigued by the young man's talent. I explained to him that he was born with a natural gift and that he should pursue this further. Young Nedarb went on to say that, he was already using his talent to impress his friends and in some cases, even making some cash, stomping them; we both laughed.
That very evening, I entered the Elysium in the wonder of the beauty of thought and how varied we humans are with talents beyond the obvious.
In the chambers of Delphi, in the shadows between " Γη" (Gee - Earth) and Mount Olympus.  "Born to man and Goddess, daughter of the sea a monster and an immortal nymph," sat the greatest of the  Sybil. In her trance state, she recognized my approach and burst into a burst of clown-like laughter. After deliberately controlling her outburst, she called out to me. 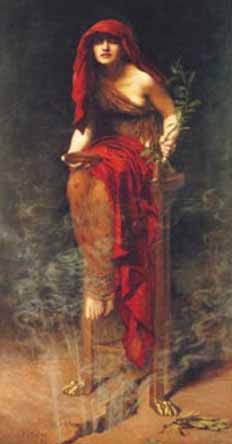 Remember the message earlier, a quote from Desiderata:

Enjoy your achievements as well as your plans.
Keep interested in your career, however humble; it is a real possession in the changing fortunes of time.


The power within you.

Bring on the learning revolution! 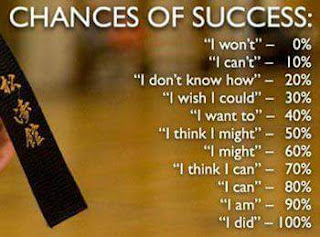