EPISODE XXIV - I WAS NEVER BORN, I DON'T EXIST, except in THE SANCTUARY

EPISODE XXIV - I WAS NEVER BORN, I DON'T EXIST, except in THE SANCTUARY

In my previous Episode XXIII - The Bunny, the Beggar, and the Island of Shame, I ended by saying that I was in search of the anonymous women, the Bagged-Lady. While on my search through the small park, I could hear these loud screams of men cursing and yelling at each other. Behind this old building, what seemed to be a church, lay some park picnic tables.

Two men were fighting for their real-estate of picnic tables upon which they could sleep; they were using the "f" word as a comma in every breath of sound they made. 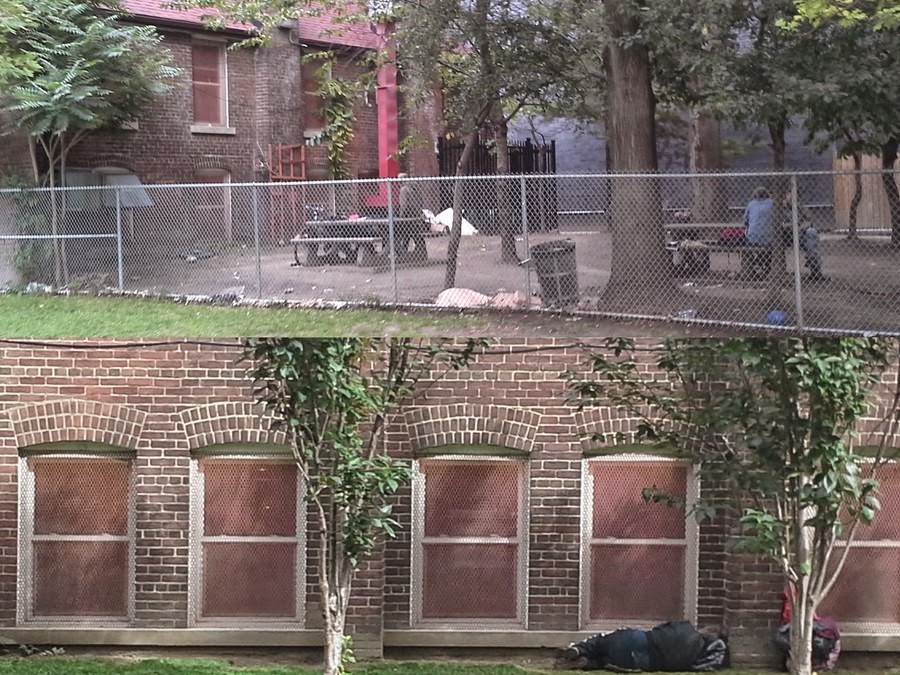 As I neared this place of turmoil, I could see others hidden to the side. Rolled in bundles of cardboard paper and rags, a man slept on the ground while a moderately sized woman, with a beer bottle in hand, was coaching the two fighters in the ring. It was pandemonium.

I question myself how this could be taking place so near, almost behind the Children's Aid building and what effect this would be having on children who might be a witness to this.
As I proceeded further still towards the front of the old building, I could now see that it must indeed have been a church building. Instead of any religious signs, it posted a sign that read, "SANCTUARY."

By the door, wrestling with screwdriver and tools was a man trying his handiwork at repairing the door. I carefully approached him and promptly introduced myself. I mentioned who I was and a bit about my storytelling and my focus group being adolescents and the considerable difficulties some of them encounter while growing up.
He informed me that this was indeed an old church building, now converted into a "sanctuary" and shelter for women in need. Perhaps our Bagged-Lady resided here?


I found it very difficult to continue our conversation because I was becoming somewhat emotional about the perplexity of the situation: Needy and displaced children on one side of the square, raging men in the middle of it, and homeless and lost women on the other. Such misery, in one of the most cosmopolitan and wealthiest cities in North America. It was as if there was a set pattern of life here, very much like the casts of India, that I had described earlier. Born to a family with "issues," you were placed at the Children's Aid Society, on one side of the square. Damaged psychologically by this pain of youth; you now grew up and moved on to the other side of the square. As adults, men or women with "raging pain" and loss with no name and real identity, you were forgotten as if never born, without existence, except in "The Sanctuary." 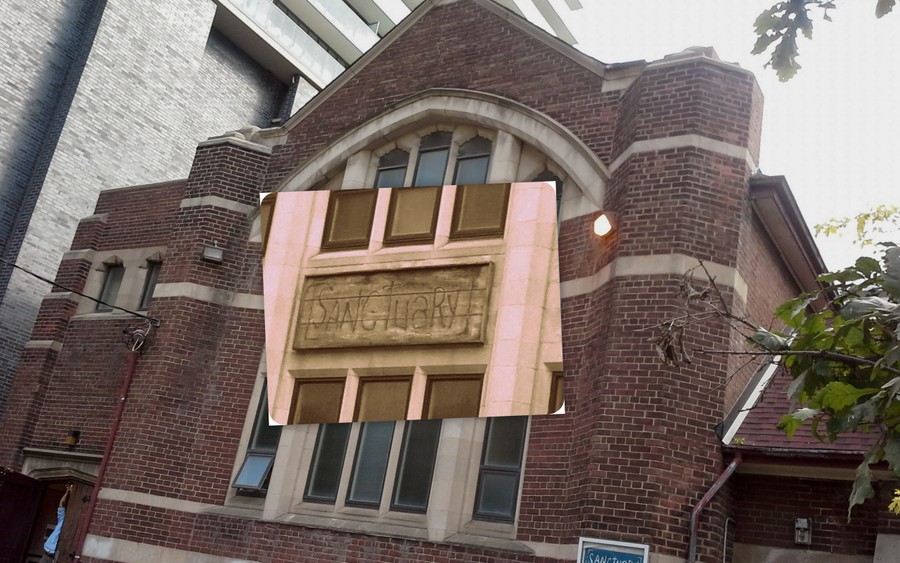 I returned to one of the park benches and sat there, contemplating the savage situation of these displaced individuals and the loss of human potential.

With the sun beating down on me, through the play of the leaves above my head. The exhaustion of this predicament, the coolness of the air, and the final silence of the yelling and screaming in the play yard of the lost, must have momentarily had me drift into slumber. I must have entered the Elysium Fields.

In a sea of playful dolphins carrying crowns of laurel (Stefania) on their snouts, they would feverishly swim towards the image of God Apollon (Ἀπόλλων), placing their treasures at his feet. His glow of light shimmered in the crystal waters, almost like the colorful brilliance of northern lights, breaking through the darkness of the vast universe above it. The mesmerizing melodies of sound never composed by any human artist, communicated the message clearly to my heart about the human loss in my reality. 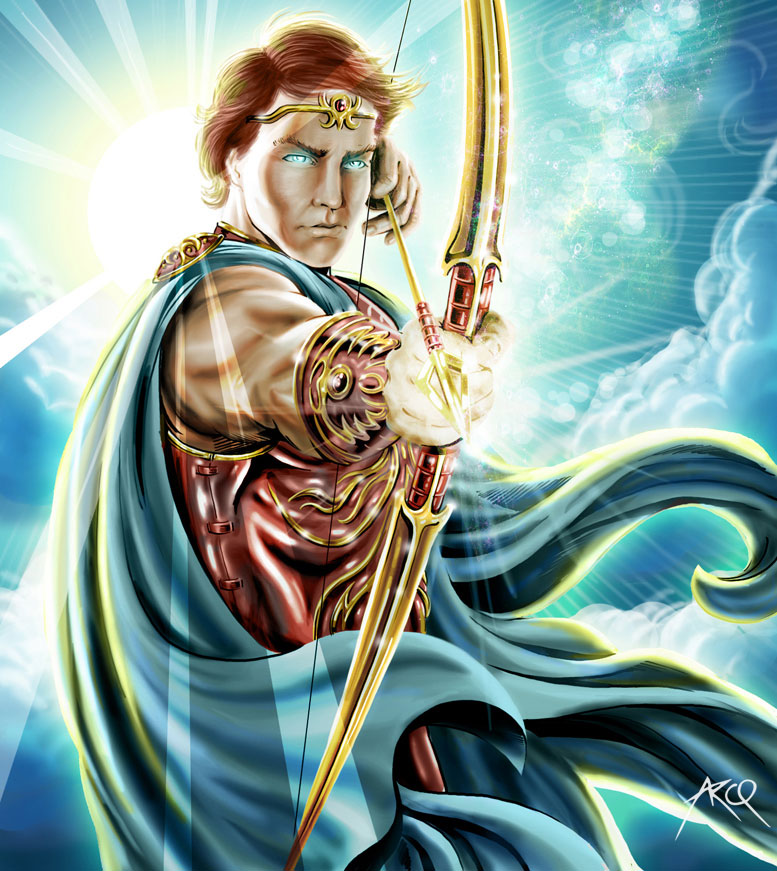 "This plague which feeds human suffering and loss is not because of lack of abundance but of greed. Bearer of the Light, you have earned much wisdom in your path. Assure those in my sanctuary of loss, that they will not be judged for their predicament and cast, but will be liberated with just identity as all heroes who bear the "Wreath of glory". As I slowly came through, I realized what needed to be done.
The next day, I went for my usual walk in the area in which I was staying. In the distance, there is a small shopping strip with a "Second Cup", coffee shop to its leftmost corner. I decided to stop for a Cappuccino and take a break. As I approached the coffee shop, sitting on the outside pedestrian walk on one of the chairs, sat a "large man", with a smile bursting with heavenly delight.

What caught my eye were God Apollon's sun rays bouncing off his golden face: I soon realized that "an event" was about to take place?

While standing in line to be served, a gentleman in front of me was curiously looking back, taking stock of the sweets in the display. I remarked, "It's all fattening." To which he replied, "Yes, I know, but it is not for me, it's for my friend"... we both smiled politely at each other.


Obtaining my small cappuccino, I decided to sit outside and enjoy the afternoon cool breeze and the sun. The gentleman, whom I met in the cafe, was now sitting at one of the tables on the outside of the establishment. Next to him, sat this "large man," who was enjoying the sweet just purchased by his friend. I sat next to them and remarked, "Now I know who the lucky friend who will gain the calories of the cookie," we all chuckled. 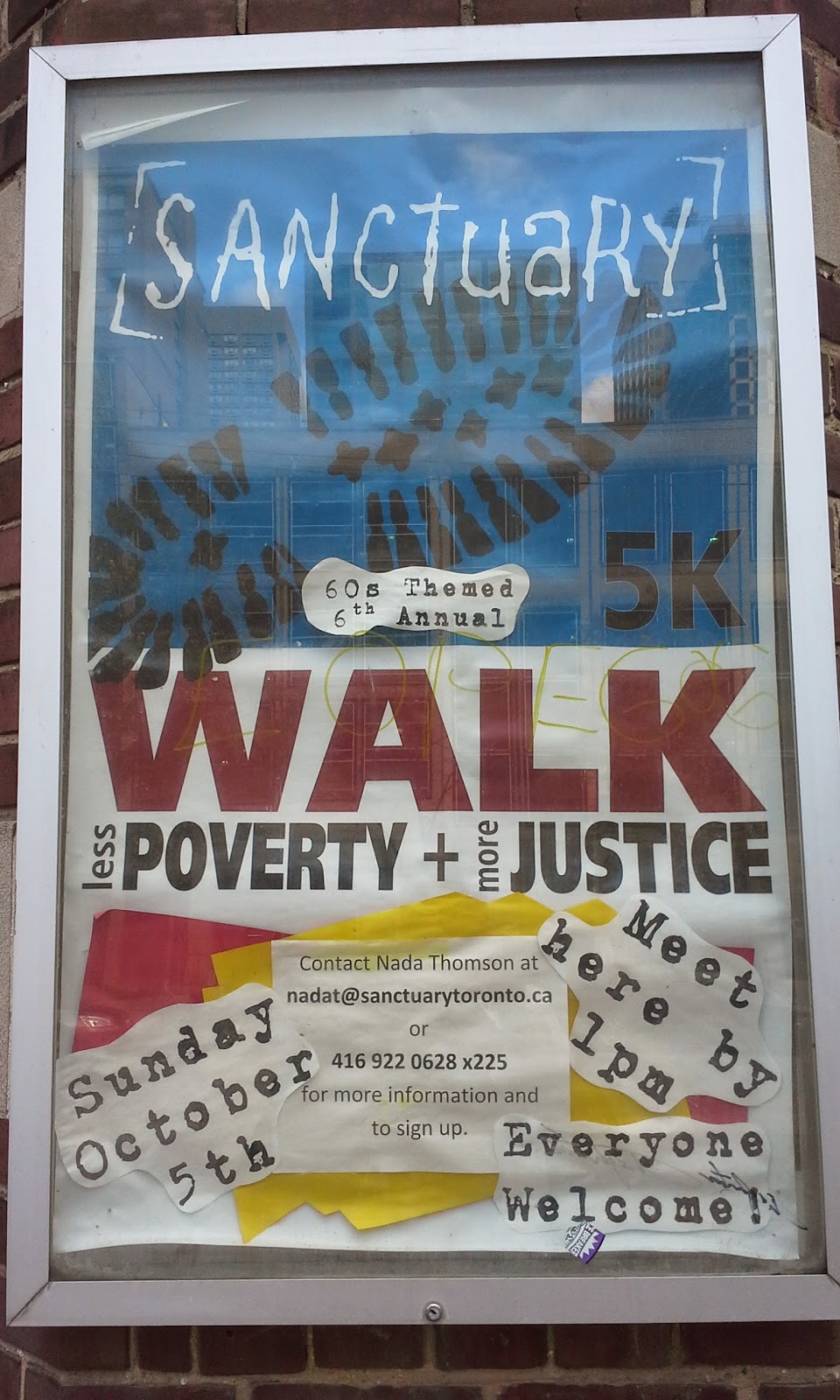 Soon after, we started a discussion about this that and the other, "men talk" about good wives, bad wives and the sanity of marriage, etc. As the hour wore on,  the subjects of discussion narrowed. I was made aware that, in fact, one of these gentlemen, Nalla, was an exceedingly wealthy man; a billionaire, in fact. During this time flashes of a sign, I had seen at "The Sanctuary," filed my sight between the glitters of the light shining on the large man's face - the light of Apollon at work.

At one point, after the "rich man" had entertained us with a humorous joke, I patted him on the right shoulder in jest. At that moment, you could see the small flicker of his eyelids, the transfer of "The Light."

Two weeks later, I found myself in front of the Sanctuary. The grounds had been refurbished, and the aged door replaced. As I waited to speak to the gentleman whom I had first met in trying to repair the worn down door, a glittering sign, reflected a call into my eyes. I noticed a golden placard reading, "In honor of Nalla... for his multimillion-dollar donation towards the betterment of displaced men and women in our community". Apollon had spoken.

And so it is my young friends, that you might say that, this is a fairy-tail story of "The Substitute Teacher"; in fact, it is not: In the past ten years there has been a considerable movement by many wealthy individuals around the globe, to distribute their wealth to the neediest in our communities. "The Light", is affecting the hearts of many of the wealthiest. Headed by two of the wealthiest men in the world, a new club has been created to which you can participate.

With the guidance of "The Light," you will accomplish much in your lives. Based on ethical values as I have tried to impress on you in my stories, you can now look forward to joining a very exclusive club. I look forward to the day when you, through your hard work and genius; join what is called "The Giving Pledge." Membership comes with just two requirements: You must be worth at least one billion dollars and be willing to give half of that away."


Laughable you say, I am here to tell you that with your intelligence and guidance of "The Light," YOU WILL BE A MEMBER OF THIS CLUB ONE DAY!

Remember, kindness has a strange way of saying, "Thank you."