EPISODE XXV - I WAS NEVER BORN, I DON'T EXIST, IN CHINA

EPISODE XXV - I WAS NEVER BORN, I DON'T EXIST, IN CHINA
Following the publishing of my previous "Episode XXIV - I WAS NEVER BORN, I DON'T EXIST, except in the Sanctuary," I began to receive several very emotional emails, from my precious audience. I was moved immensely. Stories of human triumph from young people whose only fault was "to be born at the wrong time and the wrong place" (according to them). I do not see it that way; there is no right time to be born or the right place; I will explain further.
I was in tears as I read the story of one young lady who was born in China and now resides in Canada. Her story is quite moving, but I do not have her permission to post; she is too modest to allow such publication. However, she did point out that there is a book she recommends, "The Lost Daughters of China: Adopted Girls…(Paperback) By Karin Evans". She claims, this book gives a good glimpse into her life as an adopted girl from China. I encourage my readers to read this fascinating book to appreciate their good fortune in life being part of our community of Canada.
"In 1997 journalist Karin Evans walked into an orphanage in southern China and met her new daughter, a beautiful one-year-old baby girl. In this fateful moment, Evans became part of a profound, increasingly common human drama that links abandoned Chinese girls with foreigners who have traveled many miles to complete their families.
At once a compelling personal narrative and an evocative portrait of contemporary China, The Lost Daughters of China has also served as an invaluable guide for thousands of readers as they navigated the process of adopting from China. However, much has changed in terms of the Chinese government's policies on adoption since this book was originally published. In this revised and updated edition, Evans addresses these developments. Also new to this edition is a riveting chapter in which she describes her return to China in 2000 to adopt her second daughter who was nearly three at the time. Many of the first girls to be adopted from China are now in the teens (China only opened its doors to adoption in the 1990s), and this edition includes accounts of their experiences growing up in the US and, in some cases, of returning to China in search of their roots.
Illuminating the real-life stories behind the statistics, The Lost Daughters of China is an unforgettable account of the red thread that winds from China's orphanages to loving families around the globe."

China's one-child policy was introduced in 1979, but lifted in 2015. Interestingly, their birth rate didn't climb after the end of that policy; it has remained steady at roughly 1.7. Social workers who after 1979 were tasked with convincing women to have fewer babies, after 2015 were now tryig to convince women to have more. That is because the government soon realised what an imbalance their policy was causing in the Chinese population: Too many older people, not having fewer younger people to work to support them, more males being born than females, were just some of the issues which were created.
We must not be too critical of the laws, customs, and traditions of other peoples from the point of view, "we know what is best." All we can do is try to shape our world in the fashion that brings us harmony and peace. We must learn from the lessons of the past, where we have moved into foreign lands, to impose our western values and destroyed otherwise stable communities. Remember, variety or rather a diversity, however different, "is" the spice of life. Learning to live with our neighbors, be it across the street or the world, is something we should cultivate among us.
https://www.youtube.com/watch?v=NlgYXaIdr7E
"It was a beautiful thing," these are the last words of the presenter of the video you have just watched. The fact that some parent in China had to sacrifice and give up their child must have brought great sorrow. Yet, the opposite emotional impact was experienced by the children's overseas adopting parents. The adopting parents, who in most cases, through no fault of their own, could not bear their own children, would gladly accept these precious gifts.
You need to realize that your predicament in life, your birth, the parents, or caretakers that you are given, are based on a sacred trust. If you have read this story and others, I have presented, you should have come to understand that life without struggle is not a challenge. Without a challenge, there is no reward, without a reward at the end of a challenge, there is no hope. Without hope, there is no love.
Listen to "The Light" in your heart and be aware:
(THE ORACLE SPEAKS)
Δημιουργία του Κόσμου. 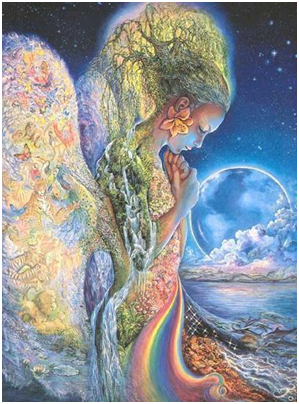 Creation of the World

In the beginning, there was only chaos. Then out of the void appeared Erebus, the unknowable place where death dwells, and Night. All else was empty, silent, endless, darkness. Then somehow Love was born, bringing a start of order. From Love came Light and Day. Once there was Light and Day, Gaea, the earth appeared.

Remember (Desiderata, by Max Ehrmann):
"You are a child of the universe, no less than the trees and the stars;
you have a right to be here.
And whether or not it is clear to you, no doubt the universe is unfolding as it should.
Therefore be at peace with God, whatever you conceive Him to be, and whatever your labors and aspirations, in the noisy confusion of life keep peace with your soul.
With all its sham, drudgery, and broken dreams, it is still a beautiful world.
Be careful. Strive to be happy."
© Max Ehrmann 1927