EPISODE XXVI - WARRIORS WHO MUST NOW CHANGE DIAPERS
Over a period, I have been receiving email communication from adults, mostly parents, adding their thoughts to my work. Many have been offering subject matter that they would like me to comment. Others want to share their experiences about how my stories have helped them resolve current issues with their teenaged children. For this consideration and recognition, I am genuinely grateful. I have come to realize that my stories, impact not only our youth, as well as parents, teachers, and caregivers. With this realization, I will expand my focus to include "adults"; trying to address their needs dealing with teens in "Their Age of Rage."

In my previous EPISODE XXIII, THE BUNNY, THE BEGGAR AND THE ISLANDOF SHAME, I talked about young girls becoming pregnant and having children. In the video that I presented, you witnessed young girls as young as twelve, wanting, "deliberately trying," to have children. Much like young children begging to have a pet dog, cat, or hamster to play. Others, like our Bagged-Lady, are forced to give birth to children they had not planned for or wanted to have. In China, we witnessed how the government to control overpopulation, imposed stringent birth restrictions. For each example I have sighted, I caution you from drawing conclusions about what is appropriate, right, or wrong. Let me explain by using some cases:
In one country in Africa, it is the belief that twins born into a family, are bad luck. Thus, it has been the custom to kill such babies. At first glance, one would be shocked to have this take place in our Western societies. Furthermore, we would be quick to pass judgment and criticizing such actions in other communities as barbaric. However, there is an "anthropological" explanation of how such beliefs came into existence.
In such barren lands, where food is difficult to obtain and feed one's family, the expectancy of two children at the same time is a toxic burden on the family. With the mother not having the capacity to breastfeed two children as well as meet her needs of nutrition, in most cases, both infants would die. Hence, over a period, years such observations became tribe taboos and interpreted as "bad luck," discouraging the birth of twins. "Foreign" cultural differences originate on "means of survival" of times past, inherited by future generations as culture. We might not be able to understand or justify, but it does not mean that we can sit in judgment of them.
Closer to home, marriage and the tradition of a family is being changed to include all types of combinations, which I won't get into. The challenge to our society is what impact these changes are having in the care of children?

Once again, one cannot sit in judgment of these events but be accepting of "cultural changes" in a society. In many Western cultures, young teens, have secured their basic needs because of affluent parents (their own parents), or the existence of a social safety net. That would explain why there is a growing number of children being raised by very young, single, mothers, or in some cases, teen fathers.
This might be a new transition in human evolution on the care of children. Like the already accepted norm, whereby most children today, are not raised by a stay at home mothers, but by institutions, such as daycare.
My good friend Ms. Asil invited me to sit in a session or two of programs called, "Being a Father," held by one of the Family Services. I arrived early and watched several nervous men, previously unknown to each other, gather for the first time in a conference room. The animator for this program was Gerg and his assistant Neeresh. One of the tasks given to each at the oval table was that each first name and describe in their words, their child(ren). What a moving experience it was to be there: 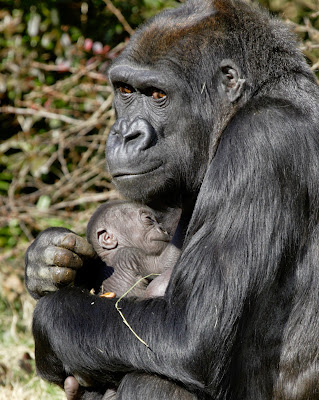 As each of these men began to speak, I had these flashbacks to the writings of anthropologist Desmond Morris and his, "The Naked Ape." A book that has helped me understand much of our "human world" and our behavior. In this together, I was now witnessing, very muscular, meters tall, males, bow their heads in solace, describing their love for their child(ren). They did so in such tender terms, I was moved to tears.
Others would drown themselves in self-criticism, recognizing their failures as a Dad, wishing that they had the know-how and the skills to do better as fathers. Still, others would drown their loss, in alcohol to numb the pain of not knowing "how." They were warriors, who according to Dr. Desmond Morris, evolutionary, made to be risk-takers, hunters, and protectors, and now being asked to gain skills in changing diapers.
Here is a true Warrior, in case you don't know what we look like (Please watch the video.)

Here is another Warrior:


Times are changing, and our means and ways of survival are changing. Our behavioral needs to live in large urban centers, where conventional roles for both men and women are changing faster than our biology has time to adjust. I hope that what I am witnessing in these programs, such as "Being a Dad," is a serious attempt by our species, to cope and adjust to these massive overnight anthropological changes. We risk clashing with nature's evolutionary design, much like our issues created with climate change. In both cases, massive human intervention is needed to prevent the extinction of yet another species - The Naked Ape!