EPISODE XXVIII - THE LAND OF EARTHQUAKES AND THE SURVIVAL OF THE JUGGLER
I am beginning to touch some adult nerves with my last, EPISODE XXV - WARRIORS, WHO MUST NOW CHANGE DIAPERS. Many of you were moved by my writings and brought to tears watching the included video. Once again, I must express my sincere gratitude for the recognition of my work and hope that it serves our community.

I attended the second workshop the other day entitled, "Being a Father." I continued to sit in admiration, observing these sincere human beings, meticulously describing with deep emotion, their attempts to being the best Dad for their children. Society has placed labels on them of shame, and incompetence, when in fact, they have tried their best with little training or preparation. They have relied on or modeled themselves on, their own Fathers, who in turn, grew up in a different period, sometimes different cultural values, and with different expectations and standards. What was acceptable and the norm 30-40 years ago, is today seen as barbaric and discriminatory. These men are asked to be jugglers of sorts when the very foundations they are standing on are earthquake-prone. 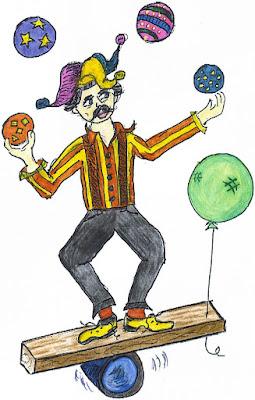 To the left of me, one father asks, "What is wrong if I lightly spanked a child who was misbehaving and about to hurt themselves? That is nothing in comparison to the harshness that I received from my father". To the right of me, the smallest "in size," member of the group, feels at a loss, why his beautiful daughter will have nothing to do with him. He loves her, so? In both instances, these wonderful Dads are confused about the current day "expectations."
While all this is going on, in the workshop, my mind drifts. I try to stay alert to my environment. I did not sleep much last night. I was continually on the phone with my friend Nad until the wee hours of dusk. His son tried to harm himself by overdose! I needed to stay with him on the phone as he drove hours away from his place of work in tremendous haste to get to the hospital. Not knowing, the "why" was killing him, and I feared for his safety and others on the road.
Niedarb is the talented young man, I spoke about in my earlier episode, EPISODE XX - DECEPTION DETECTION AND THE PREDICTION OF THE ORACLE. He had everything going for him: Two months ago, he decided to move in and live in his Dad's home. All was looking up for my friend Nad. He now had his son, to care and provide. His passion for his job and profession gave him financial security, anyone would care to have. Nad was in a "better place." As he voiced his thoughts over the phone to me, asking repeatedly, "I don't understand, my son was doing so well under my care. I cannot understand why he would do such a thing?" The guilt, not knowing why was burning in his heart; I could feel the desperation eating at his soul. His world was in shatters!
As my mind gave presence to my surroundings, and the talented animators at the workshop asked for total participation in what they had organized. I began to suffocate, realizing full well that any one of these beautiful human beings was struggling to answer the same question, "The Why?". All they meant was to help and be there for their children. The guilt, the labeling that we inflict on each other, is horrendous!

Upon final analysis, as this was happening, with my friend's son, he had very little control or fault in this matter. The Age of Rage was upon this young man, as I have explained in my earlier episode. Young Nediarb was reacting to social peer pressures he was encountering, very little to do with anything his Dad had done.

Time and time again, you hear and see situations that surface that engulf families altogether; destroying them in the process. The "Age of Rage," which young adolescence must naturally experience, some more extreme than others, can tear families apart. It is a time when couples must remain united. Even divorced parents and especially non-biological caregivers should tap into their unconscious reserves to ride these "stallions" to human domestication, without breaking their spirit. Such fazes of adolescent growth, are notably more difficult for fathers: Males, tend to be reactive, rather than passive, inflaming the adolescent circumstance. Mothers are better skilled at this: Their own less aggressive reactions in such situations, are more helpful, in most part.
Today, I can share with you with glee, that my friend's son has surpassed his depression and desperation. Working with resource persons, both Nediarb and his Dad are finding solutions to issues that they both had to resolve.

I am thankful that these workshops for fathers are now beginning to surface; they are badly needed. Men need as much support raising children as women, yet up until recently, this type of intervention has lacked for men. The entire paradigm of family responsibility and who cares and raises children has shifted overnight. Today, both men and women, are called upon to play both roles of provider and caregiver, and neither is fully prepared. They both stand on the land of earthquakes (needs and wants), asked to juggle a job, children and personal relationships overwhelmed by it all. 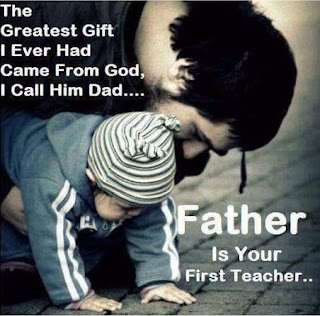 THE CANADIAN ASSOCIATION FOR EQUALITY