Two weeks ago, on a Saturday, I was driving back home with my son from a basketball game, when we came across heavy, bumper-to-bumper traffic. As we stopped and moved, I repeatedly expressed my frustration about this stagnation to an annoying pitch, I wondered about the utility of owning a car in a large metropolitan city. A radio announcement stated that the Provincial Police had closed the highway for an investigation. I wondered aloud, of what intelligence was at work to close an entire expressway. Eventually, we arrived home, the trip taking about one hour more than usual. The following morning, Sunday, I caught a glimpse of a news item on the radio about some killing, but I did not pay much attention. On Tuesday, my son called me from school, panic-stricken and confused, his classmate and friend, Faris had been killed, murdered in a triple homicide. I asked my son if he was all right. He responded by pausing now and then and just stating that he was confused and uncertain about it all. I rushed to his school to pick him up.
Feris was a thirteen-year-old boy, whom I had met about a month earlier at the local library. My son and his friend Feris had a French project to do together. Faris wore eyeglasses, was shorter than my son, and had a delightful smile on his face. Days later, in the same library, a man came up to me, with Faris in his shadow, introduced himself as Fari's father and complimented me on my son's good nature. I respectfully returned the compliment to him about his son. Fari's dad was gracious and acknowledged my compliment about his son with a smile and a handshake.
As the week progressed, little by little, the police investigation began to reveal more about this horrific tragedy. Apparently, the Saturday night closure of the expressway was due to young Fari's father having jumped from the nearby bridge. He had taken his life after killing his two young sons and his wife. Both my son and I were at a loss. I chose to remain silent and mourn in my way, my son voicing one question after another. He wondered out loud, "He was only, 13, Dad", "I wonder where he is now?", "He won't have a chance to experience this, Dad,," etc. It was critical for me as an adult, to be reassuring to my son. I tried my best. Many years ago, I too, had lost a friend who had taken his life, so I was somewhat prepared to share my thoughts with my son.
Once again, my thoughts turned to my three earlier episodes XXV, XXVI; XXVII, about the "Being a Father," program and how such programs were helping fathers cope with life stresses. If only, if only, I knew then, the turmoil in this man's heart, I could have reached out to him. I could have saved his family and himself, "if only"! In my search for answers and the sorrow in my heart, I turned to the Elysium Fields for guidance:
On a ship laden with shades of shadowy souls for the underworld, whose sails were filled with cries of darkness, the boat solemnly moved upon the waters of endless night. The voice of Hades commanded me to stop my journey into his realm for my time was not yet near. That I must turn back. I felt a calming warmth emanating from my right shoulder, and my right hand began to glow brightly in this darkness of no more. As this glow penetrated and burned the midst of hopelessness, a female voice cried out to me: " Ελάτε εν τη βασιλεία μου, κομιστή του Φωτός, θα είναι πιο ευπρόσδεκτη να επισκεφτείτε " [Come into my kingdom, bearer of the Light, you are most welcomed to visit]. It was the queen of the underworld, Persephone herself, who spoke to me:
"Ξέρω τι ερωτήσεις σας φέρει στο βασίλειο κομιστή μου του Φωτός, το περίσσευμα της καρδιάς σας. Όπως είμαι πάντα υποσχεθεί στον άντρα μου από τον Δία, έχω έρθει για να δεχτεί την πραγματικότητα μου και βρήκα πολλές ελπίδες. Ο χρόνος είναι μόνο ένα μέτρο της ζωής στη Γη μετράται από Helios, το βασίλειο της ζωής δεν έχει όρια και καθόλου χρόνο ενδιαφέρον. Το μέτρο των ψυχών που αναζητούν είναι ότι είναι τώρα, πριν οι τρεις δικαστές της αιωνιότητας, η σοφία τους θα είναι το πέρασμά τους στα πεδία Elysium. Να είστε βέβαιοι ζωή τους στη Γη δεν ήταν μάταιη και σωματικές εμπειρίες τους όσο ήταν είχε τους έφερε πιο κοντά στην αιώνια ανάπαυση."
"I know what questions bring you to my kingdom bearer of the Light, what fills your heart. As I am forever promised to my husband by Zeus, I have come to accept my reality and found much hope. Time is only a measure of life on Earth measured by Helios' travels; the realm of life has no bounds and no time relevance. The measure of the souls you seek is that they are now before the three judges of eternity, their wisdom will be their passage into the Elysium Fields on the Islands of the Blessed. Rest assured their lives on Earth have not been in vain and do not lament their corporal experiences as short. Their passage through time had brought them closer to eternal rest. Their immortality on Earth rests in their memory of the living." 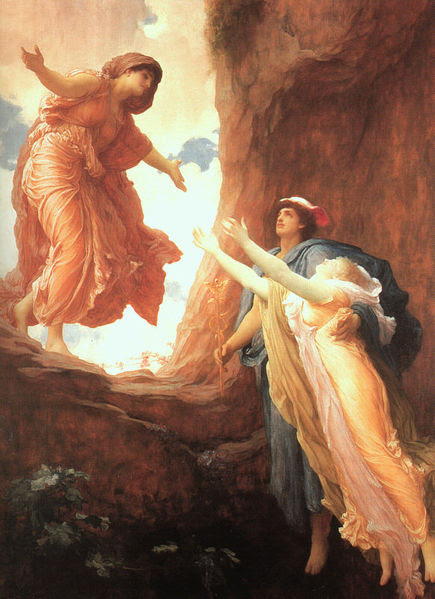 As I slowly drifted back into my reality, a warm calm had rested over me. Replete of answers from my journey, I knew what to do:
The next time my son made a mention of his friend Feris, I urged him to go online and keep abreast of the news as it evolved. I followed up by engaging in conversations with him about what he thought about such mentions in the press and for him to explain to me what he had learned. Although I was doing my own follow-up of the news, my son's self-inquiry into such news items made him feel that he was part of his friend's story.  A tragedy that need not had taken place. From reading this one article, "Slayings ‘a tragedy we share,’ says prayer leader as hundreds mourns East York family," one can clearly see that, in this case, "The Village," had failed to be there for this family.
As the story unfolded, and the news media sensationalized the event, the father, Yusuf Abdille, was made to look like a monster who had taken the lives of his two young boys and his wife. On the other hand, friends and relatives described Yusuf as a "nice man." One would, therefore, ask what drove this man to commit such a hideous crime. According to the article, his wife had sought community help and did not adequately receive it. But what about the father, was he given any support? What man would destroy what his nature tells him to protect and nurture? This man was clearly under extreme distress. For this parent, little help was made available. No one reached out to him, to point out the few available programs; such as the program of "Being a Dad," I had spoken much about in my previous three episodes. Had such intervention and help been available to both family members, along with support for their children, this tragedy clearly, would have been avoided: The community, "The Village," had failed this family. 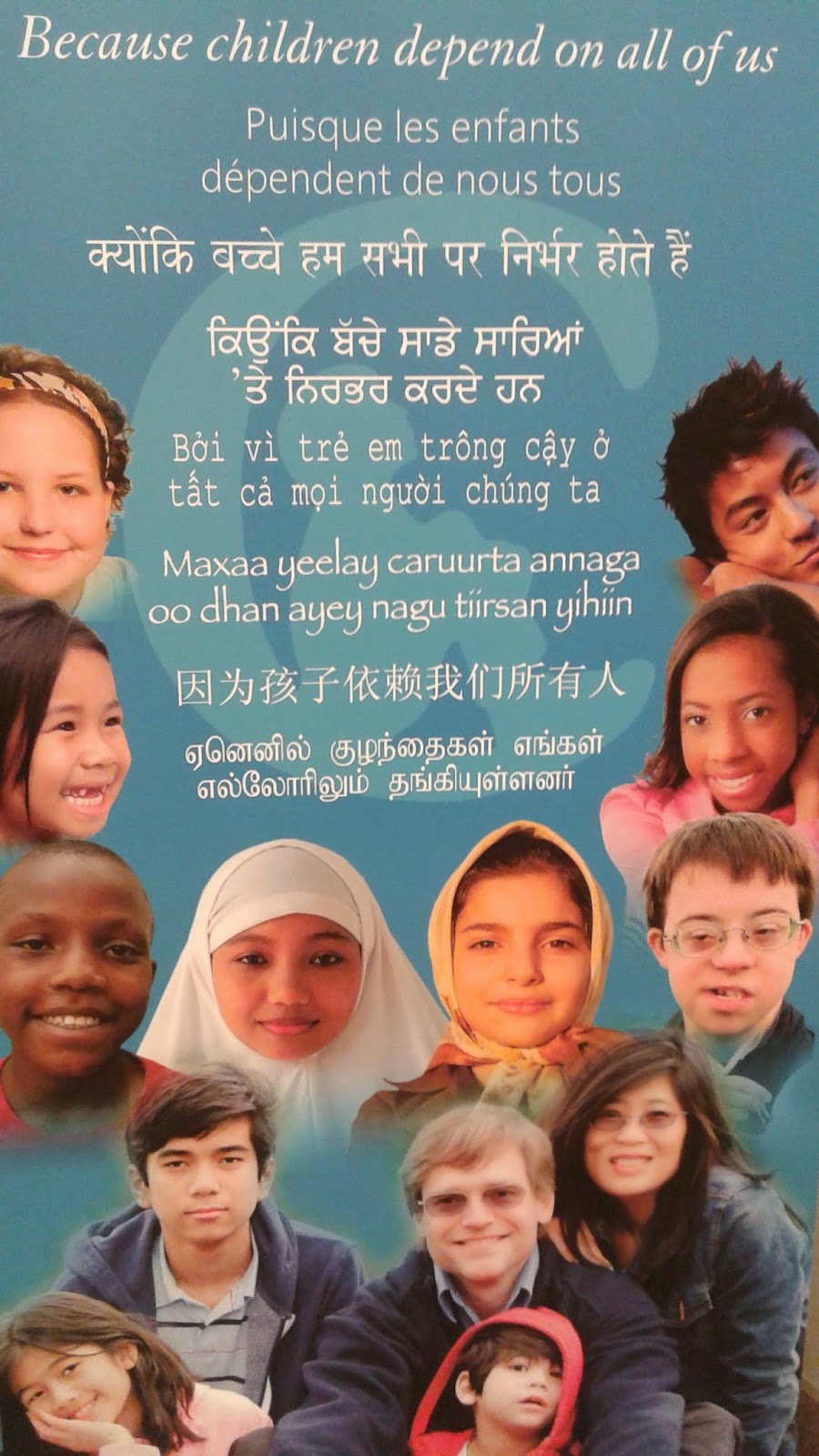 The trauma of this event had been far-reaching. People, Canada-wide, had now felt the sorrow. Children in both young Faris' and Zain's schools had been traumatized by the loss of classmates and friends they had known. In the mother's, place of work, as well as her husband's, more trauma. The greater community is now stunned.
What can you, young followers of the Light, learn from this tragedy? I do hope that such an event does not become part of your reality as it has become part of my son's life. I need not dwell on why if you do not actively engage in your community and become part of the solution, such a loss might someday become part of your reality. Will you through your actions and deeds, invite Queen Persephone to your world of the living and have her mother Demeter, bless the Earth once again with a wholesome life in spring? 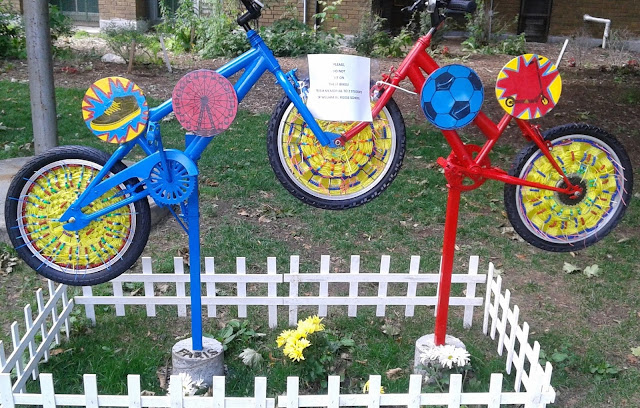 Today, outside one of the schools attended by the young hearts, Feris and Zain, the children have placed this monument in their memory.