EPISODE XXXII - PEEK A BOO, I CAN SEE YOU!

nullEPISODE XXXII - PEEK A BOO, I CAN SEE YOU! 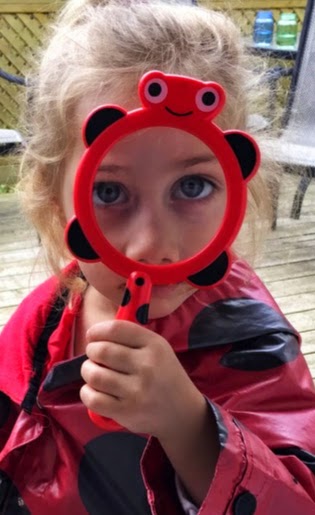 In my previous episode, EPISODE XXXI - Which Reality, I mentioned that my son and I spent many of our afternoons in the local library. Here is the setting of my next story:

With the arrival of the spring sun and having spent some time working on my computer, I decided to rest my head on the desk and try to take a short nap. Next to me arrived and sat, two young ladies, teens, who with great enthusiasm and chatter, talked about this and that subject, as they attempted to do some school work, in algebra. I continued to keep my head down and just enjoyed listening to their joyous and youthful discussion. Eventually, I lifted my head in the upright position, and as I looked to the left of me, I was surprised at what I saw. The young girls were wearing the hijab! I paused and tried to internalize my thoughts, why I was surprised. While I was resting with my head down and the teens were out of sight, their "every day" chatter, brought pleasant and joyous thoughts. Now, that my vision informed me, they were wearing a piece of cloth over their heads, caused me to be surprised and short-circuiting my pleasant thoughts?
I apologized to the young girls, introduced myself, and asked their permission to inquire further about their wear. I assured them that I meant no disrespect, and in fact, found their wear of the "headscarf," brought back memories of my youth. Having been raised in Greece, I distinctly remember that it was prevalent for women of the time to wear their headscarf or veil. In fact, even today, in many parts of Greece, especially in the countryside, it is prevalent for women to protect themselves from the harshness of the sun, by wearing such head covering. I remember too, the reprimand some young women received from the church priest if they were not adequately covered, including the wear of some sort of head covering. Later on, when I worked as a photographer and started photographing Jewish weddings, I became intrigued to find out that Hasidic women had to shave their heads and wore wigs. All this fuss over how much of one's head covering was exposed or not. As with most "differences" in life, novelties wear off over time, the hijab, worn by the young teens, soon became a non-issue to my sight. As I conversed further with them about various aspects of the hijab or the Niqab, I was impressed by how freely they entertained my curiosity and eager to help me understand.
Having a biology background, the main concern I had was about the risk of ailments because of the lack of sunlight. As research has shown, lack of sunlight, can lead to all types of debilitating diseases, such as multiple sclerosis (MS), rickets, tuberculosis, even diabetes!  I asked my young friends if they knew the answer to my puzzle, they were unsure of themselves. They considered that many of these women, wearing the Niqab, would not cover themselves totally; they would seek out the sun or sunlight in their backyards or balconies. They did agree that such would be difficult in Canada's harsh and dark winters. This issue took "political" overtones the following week, when the Prime Minister, stood up in Parliament and chastised women for wearing the Niqab. He noted that such was the enslavement of women. Days later in a program on CBC, I heard the interview of three women, devoted Muslims, who wore the Niqab through their own choice and volition. They ascertained that early on when they did make a choice to wear this complete body covering, their husbands felt uncomfortable. They feared that the general public would assume that their wives wore this covering, not through choice, but by the imposition by their husbands; this being far from the truth. All this uproar, I thought, over how much one covered their bodies.

Sitting next to me, a few weeks following this uproar regarding the Niqab, sat a young man of about twenty or so, he was studying. I noticed that he had a long beard, he had a dark complexion, and I surmised he was one of the Muslim faiths. I ventured to question him on my query about the Niqab and whether he knew of any health issues relating to lack of sunlight. He was very polite and tried to impress on me the virtues of his religion. I understood completely how he thought, and I listened intensely; still, my query was not answered. Finally, I had a "revelation"!  Embarrassed to admit, "finally," I thought of going online and to query  Google! I typed the following phrase, "health risks in wearing the Niqab," and "WikiIslam," came to my rescue. 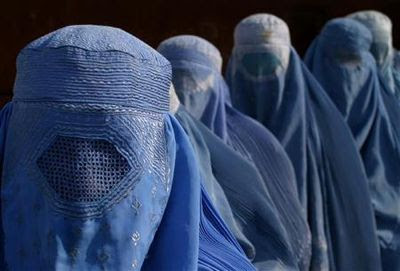 I was correct to assume that such complete coverage of the body was indeed very harmful to women. As I have stated early on, I do not wish to proselytize any religion or values to our youth, this is a responsibility of parents and caregivers. I am interested in the health of young people, both psychological as well as physical. I am sure that given the right information, young Muslim girls, practice their faith, while at the same time, taking the necessary precautions to protect their health. I don't think any deity of any religion, has the intention of deliberately harming its followers. In most instances, all of us do what is best to keep our bodies and spirit healthy. For this, I once again turned to the Elysian Fields for guidance.
I entered the Island of the Blessed, surrounded by such beauty of wonder and a calm over my soul, I had not experienced before. As the attendants to my heart disrobed my human presence, I felt more than I could see. The music of the Universe sent unquestionable clear messages to my identity; it all spoke to me as one:

How humerus for you, young bearer of the Light, to allow Chronos, to trick you about the kilo of flesh, its shape, appearance, and gender. Look around you at the heroes of this place of rest, they have no such Earthly identity but beauty beyond reproach. It is not what one does with the gift of a body, we incarnate your "psi-hi," but what you feed your soul during the time spent on Gaea, that will dictate your resting place and just reward.  I was given an enlightened message to pass on.

Young visitors of this blog as directed by the thoughts of the Elysium: It is more important what you put into the vessel body given to you by the God(s). Thought experiences and wisdom, rather than outward appearances, will determine your true identity.

The young Muslim man, described earlier in my story, stated: "A woman is like a beautiful diamond, you do not want to show it off to everybody, they might attempt to steal it." I have a different point of view being of Hellenic heritage. I would agree that

a woman or man is a  beautiful diamond. My ancestors believed that no beauty should be the sole possession of anyone, but shared. Those that respect you and live under principals of wisdom will have no place for ownership of that which does not belong to them.

Following the completion of my story, I met a Muslim parent at one of the youth centers. Apologetically, I asked her to read my story and comment if she found anything which might be misinterpreted as being disrespectful. She showed some concern given the current atmosphere of "Islamophobia"; she asked that I make some minor changes.

I dare speak on this subject and any other which concerns teen health. I know deep in my heart and soul, I have no prejudice against any human being, cultural or religious group. For those who will take the time to explore my writing, it is in support of those who might appear to be "different." In the shadows of the caves, we see illusions of difference, when we are all the same. 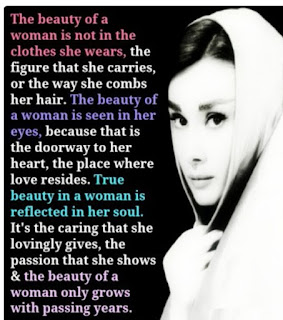 I want to thank and recognize, Sarah Ahmed, Executive Assistant of http://istizada.com/ for contacting me and sharing their updated link on the "Veiling trends for Muslim Women".

Love is the ink; wisdom is the message!